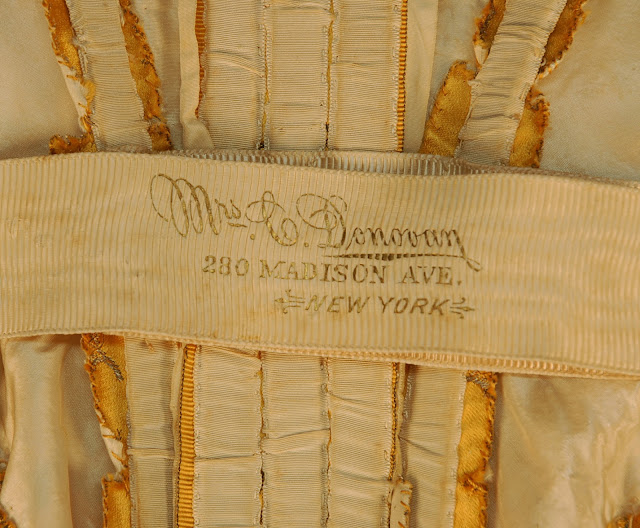 Irish–born dressmaker to New York’s elite, Mrs. Catherine Donovan (1826?-1906), studied fashion in Paris. Donovan created her gowns in her fashionable shop and showroom in New York. By 1900, she was located on Madison Avenue. In addition to her designs, which were heavily influenced by French couturiers, she also sold gowns by Worth and Pingat. In her use of materials and her design idioms, she favored the historical references employed by her French contemporaries. 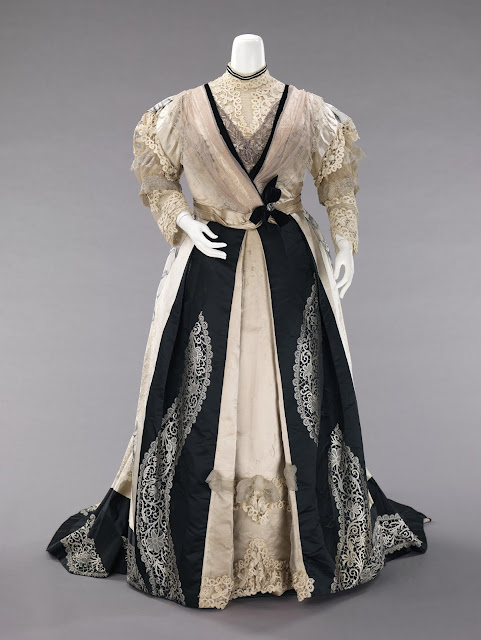 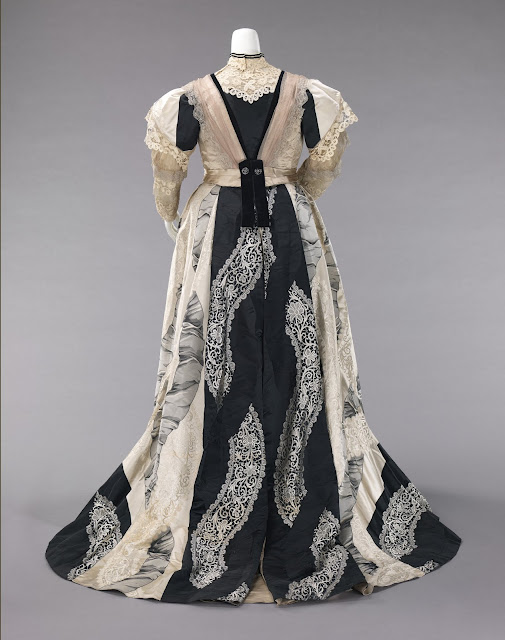 Numerous evening, and afternoon dresses, and ball gowns survive in North American museum collections, and they frequently come up in auctions as well. It is clear that Donovan was able to provide a wide variety of styles for her discriminating and affluent customers.

As noted by the Philadelphia Museum of Art:
“After her death in 1906, Irish-born Catherine Donovan was described by the New York Times as "the pioneer dressmaker of the 400," for dressing New York's social elite known as the "400." She owned a building on Madison Avenue at 40th Street, where she sold imported gowns from leading Paris couturiers such as Charles Frederick Worth and Emile Pingat. At least once, her employees' baggage was seized at U.S. customs on suspicion of smuggling. It was common practice for seized goods to be auctioned publicly, and in 1893 over five hundred people attended an auction of Worth, Pingat, and other gowns seized from Donovan.” 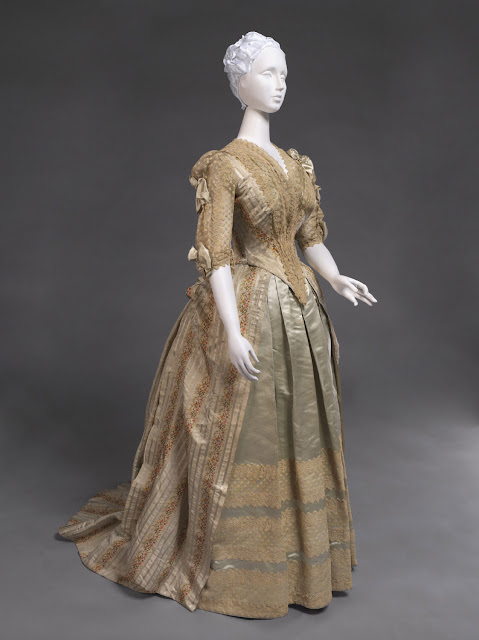 This evening ensemble (bodice and skirt), c. 1885, looks to France for inspiration, as well as historical references from the 17thand 18thcentury. The ensemble features a flowered, striped pale blue silk moiré, pale blue silk satin, and ecru lace at the Philadelphia Museum of Art (http://www.philamuseum.org/collections/permanent/176664.html) 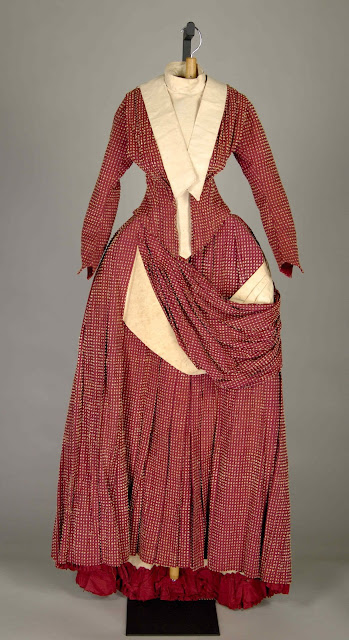 Here, a red and ivory checked cotton dress, complete with ivory cotton dickie, c. 1885 from the Metropolitan Museum of Art. 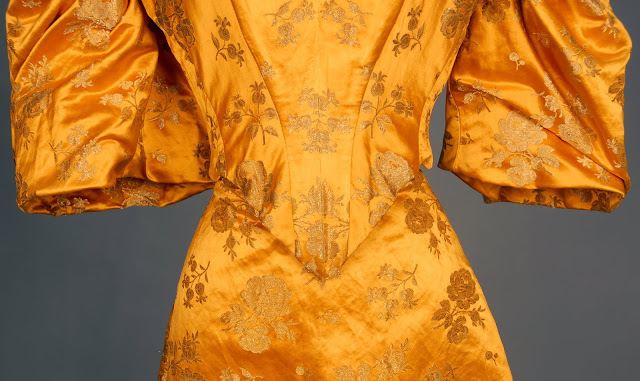 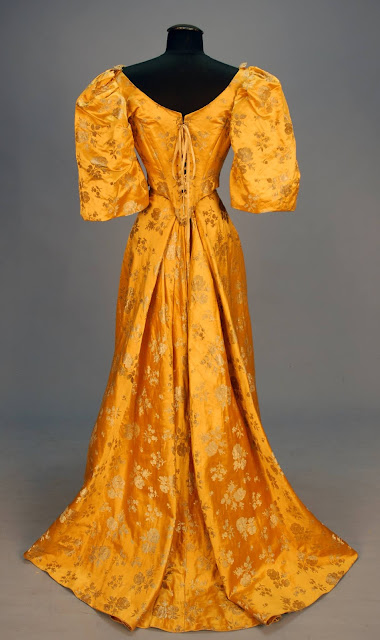