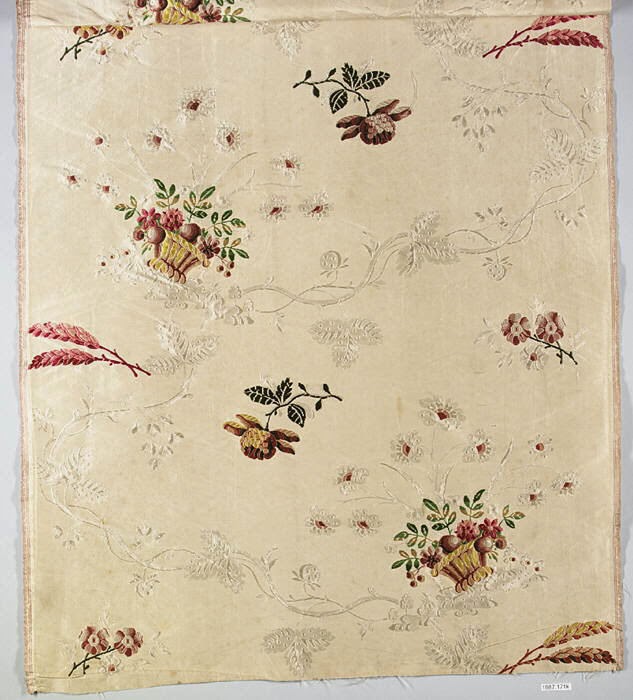 Seeking new financial opportunities as a single woman, Henrietta Maria East arrived in Boston from London in 1743 with a rich stock of textiles (such as the c.1750 Spitalfields silk from the Metropolitan Museum, above) and other goods. She opened a millinery shop in the heart of the town, on Marlborough Street. Judging from the advertisements she placed over time in the Boston Post Boy and other newspapers as well, she kept a well-stocked shop of prized textiles and accessories. 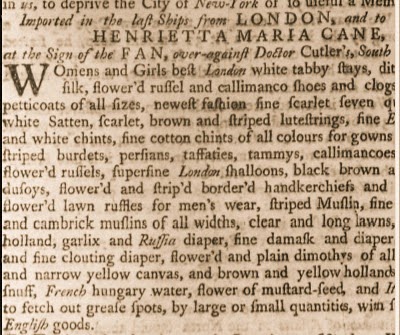 An ad from 1750 made it clear that she had all the latest and most fashionable goods from London. She carried everything from fine silks, to tabby stays and London shalloons – items in demand from Boston residents. (Advertisement, courtesy American Antiquarian Society.)

As recounted in Patricia Cleary’s noted 2000 publication, Elizabeth Murray: A Woman's Pursuit of Independence in Eighteenth-Century America, Henrietta’s  decision to marry in 1747, had devastating consequences for the young entrepreneur. Cleary reveals that Henrietta married Londoner Hugh Caine, who, as it turned out, was already married and had a wife at home. Not only a bigamist, he abandoned Henrietta in 1751, helping himself to her hard earned property.  She would later reveal that during those four years of marriage she sustained his violence toward her. Unfortunately, Hugh Caine's departure did not end the problems caused by the marriage. Henrietta Maria East Caine remained legally responsible for all of his debts and found merchants unwilling to trade with her because of her connection to a bigamist, despite his departure. The legal bonds that women experienced with marriage limited her ability to act independently. Eventually, she turned to the courts to dissolve her marriage, but once again, met without success. She was literally trapped by the legal system and her ultimate demise was not a happy one as you might expect.

Although of little comfort to Henrietta, today’s textile, costume and material culture scholars will find great interest in the items which were auctioned to cover her debts. Running to four full pages, every ribbon, button and remnant was cataloged for sale. Bundles of "babies Rowlers," women's tabby stays, scarlet calamanco, every imaginable silk and even the odd wig, were up for sale. Even some of Henrietta's household items were included at the close of page four. It is not currently known how much was realized at auction or if she regained solvency. To view the entire inventory as listed for sale in 1754 (from the Massachusetts Historical Society Collections): Henrietta Maria Caine, Catalog of Auction Goods, Boston-1754 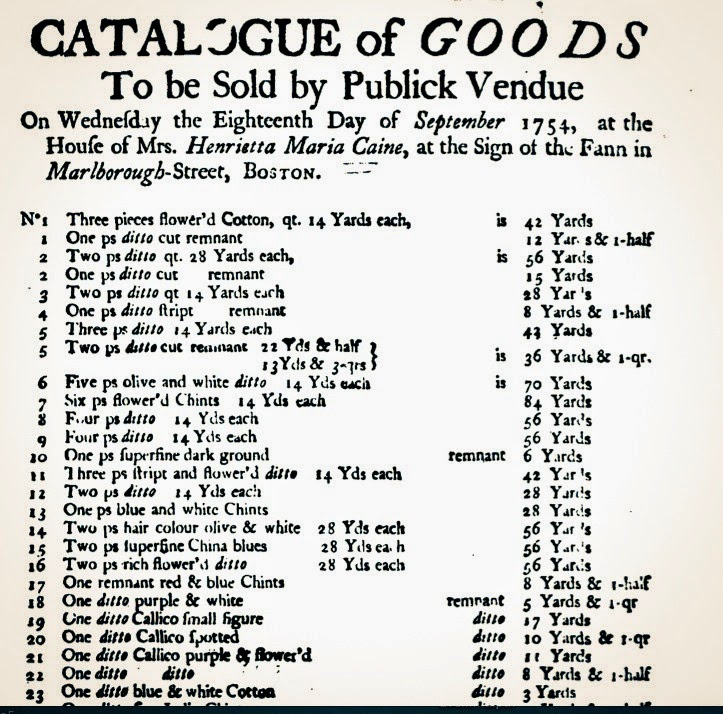 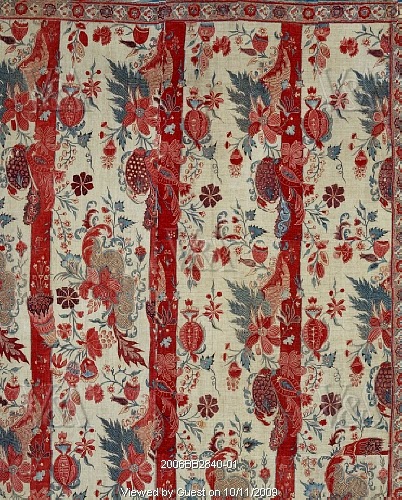 Posted by SilkDamask at 4:32 PM