Silk Brocade Shoes Worn by a Bride Who Was Lame, 1764 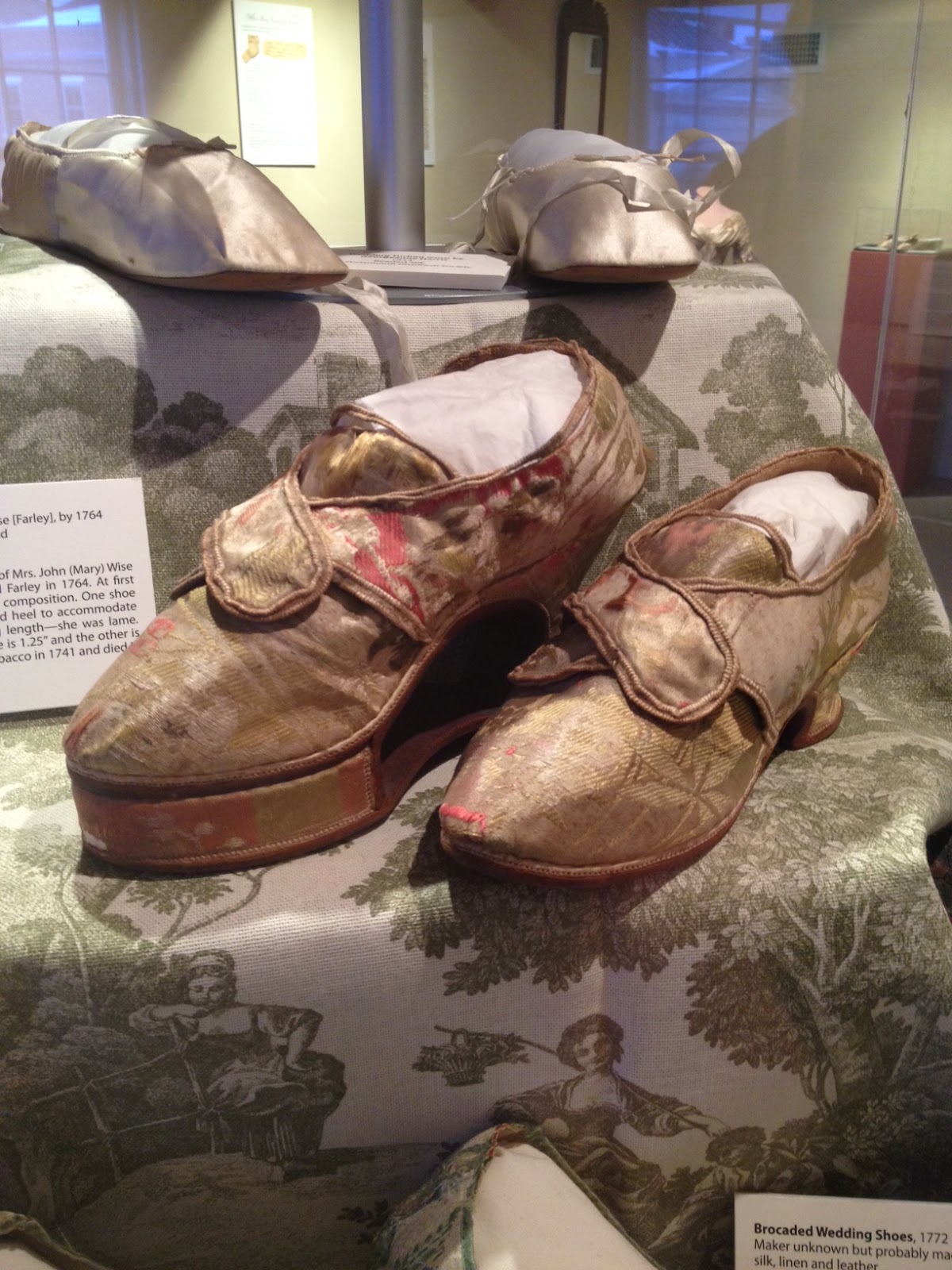 According to Ipswich Museum files, these silk brocade shoes were worn at wedding of Miss Mary Wise of Chebacco (Ipswich, Essex County, Massachusetts). She married Nathaniel Farley in 1764 or early 1765 (their intention to marry was  dated 17 November 1764).  She was in her early twenties and
this was her first marriage, while it was Nathaniel's second. 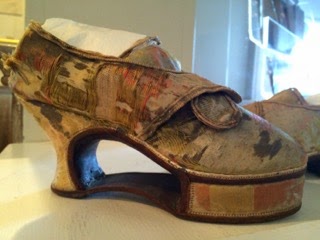 Even at first glance, it is clear the shoes are unusual in their composition. One shoe has been built up at the sole and heel to accommodate the difference in the length of the bride's legs--she was lame. Therefore, the height of one of the heels is 1.25" and the other is 2.75”. How was this accomplished? A special wood “platform”  was added to one shoe. Using the same quality materials which comprise the shoe textile, special care was taken to match the front portion of the "addition." It is neatly, even meticulously sewn. More study is needed of the wooden super structure, its method of construction and attachment, and any interior details. The style, quality of material and work would indicate a London manufacture, special order, or an especially highly skilled British American cordwainer. 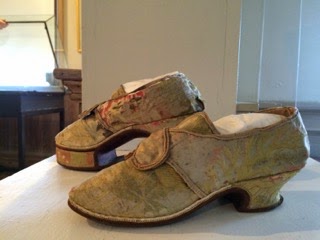 Rather than hide her "infirmity" by wearing less attractive, but practical, heavy leather shoes built up on the inside or outside, Mary appears to have made the decision to celebrate her wedding in the elegant style of the times. The silk of her brocade shoes would have caught glints of light as she walked, as would the glittering buckles. Her shoes were not meant to be hidden. She may also have been bowing to familial wishes, but I like to think that she expressed her intentionality through a conscious decision. Then as now, most brides want to look their best on their wedding day.

Mary was born in Chebacco in 1741 and died in Ipswich in 1792.  Her first child was a son named Daniel, born 26 September 1765.  Her husband Nathaniel Farley had a son named Nathaniel by his first wife Elizabeth Cogswell. The shoes were passed down through the family and are now in the care of the Ipswich Museum. They are currently on view (2015) in the exhibition "Cosmopolitan Consumption: New England Shoe Stories, 1750-1850" at the Portsmouth Athenaeum (www.PortsmouthAthenaeum.org.) 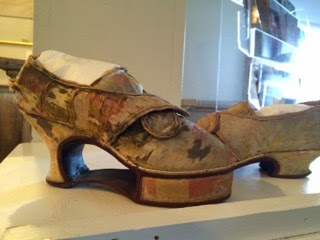 Ph.D. candidate Nicole Belolan is examining this topic via her dissertation: “Navigating the World: The Material Culture of Physical Mobility Impairment in the Early American North, 1700-1861,” is about material culture and disability in early America. If you have information to share, she may be reached at http://nicolebelolan.org