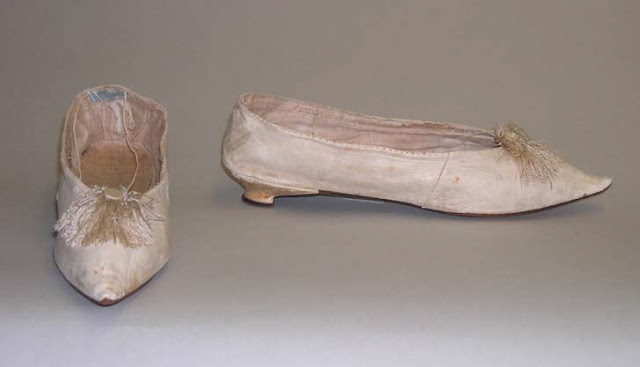 These delightful British wedding slippers (noted as such via the Metropolitan Museum) were made by “Soames, Ladies Shoe Maker, London.” They are typical of their day: leather slippers with a low heel and all the energy focused at the toe. A wonderful fringy silk tassel captures the eye and surely would have been noticed as one promenaded or danced across the floor. The work of Soames is similar to shoes by Bragg & Luckin, and Hoppe, both of Londan. Examples of their work survives at The Bostonian Society, the Royal Ontario Museum and the Smithsonian Institute to name just a few. 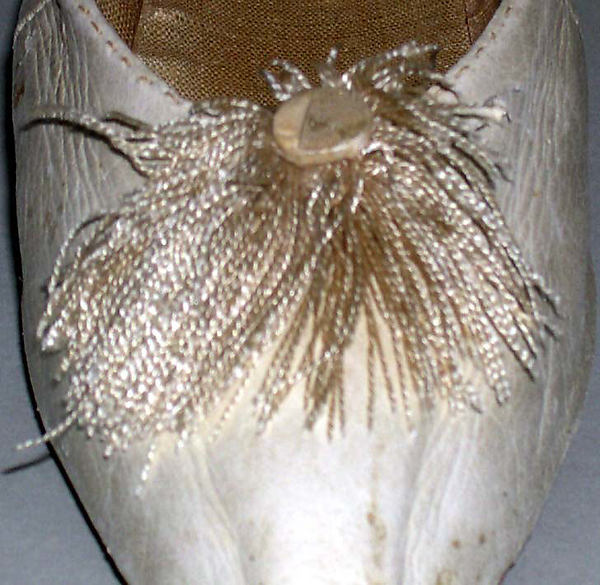 The label indicates an increasing specialization between women’s and men’s shoes. “Soames” was most likely Nathaniel Soames, a shoemaker at 9 Ludgate. Soames was able to send his son, Henry (1785-1860) to St. Paul’s School. From there he matriculated to Oxford. He became an eccelsisatical historian. It appears another son, of the same name, continued in the family trade.

While information on Soames may be somewhat spare, we get a sense of the challenges of doing business in the great metropolis in the 18th century. He shows up in the 1797 records of the Old Bailey – as  the victim of one William Clark, who “feloniously stole” 18 pair of men's leather soles from him, valued at five shillings. The episode tells us a bit more about Soames shop. Clark was a workman, doing some work for the shoemaker.  We learn that Soames had an apprentice or journeyman named John Dupree who testified that he was in his masters shop at the time of the theft. A second employee, named Richard, saw the property on the prisoner’s person as he came up from the cellar. Clark was fined one shilling and discharged.
Scant records indicate that the family business continued and that Soames may have invested in other businesses or acquired property. 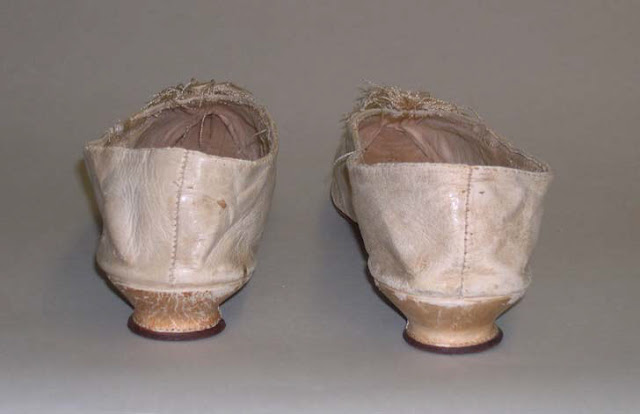 All images are courtesy of the Metropolitan Museum.