This fashion post started out as an intense, passing interest and has morphed into something much more - a research journey with no end in sight. (Aren't all research projects that way if you really assess them?) Inspired by the current exhibition at the Peabody Essex Museum (PEM), Stephen Jones Hats: An Anthology (brilliantly and playfully organized by the V & A, the exhibit next traveled to Bard and is now at PEM until February 13, 2013). Colleagues at PEM have kept me apprised of the layers of the exhibition and its rich public outreach: collaborations with Massachusetts-based milliners, a New Hampshire-based hatbox fabricator, the fabulous examples of historic head adornments which were taken from PEM storage and juxtaposed with objects in the permanent galleries, lecture series, gallery talks, how-tos, trunk and fashion shows. You may not think you are a "hat person" but this endeavor will have you looking at "toppers" from a new perspective.

Imagine the delight, then, a few weeks after attending opening events lead by Stephen Jones, co-author, Oriole Cullen and Lynda Hartigan, Chief Curator of PEM, when I stumbled across three modest, but delightful hats from the Merrimac Hat Company (later Corporation) of Amesbury Massachusetts.


Amesbury is perhaps best remembered historically for the high-end carriages produced there and exciting transformation are currently underway to celebrate that important manufacturing center. Hat production is less known and yet the Merrimac Hat Company was for some time one of the largest (possibly the largest) hat factories in the United States. In business for a century, it was reported by D. Hamilton Hurd in his 1888 tome The History of Essex Country, that at that time, the factory employed 169 hands, of which 118 were men and 51 were women. The business sold product valued at $283,000 in the mid 1880s.

After taking home the hats, inspection revealed two of the three were labeled from Merrimac. The 100% wool, saffron colored "play topper" is appealing and timeless. 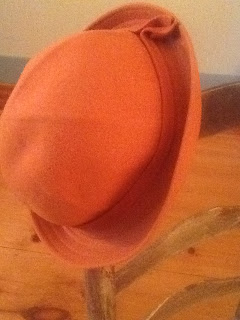 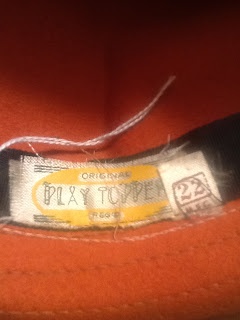 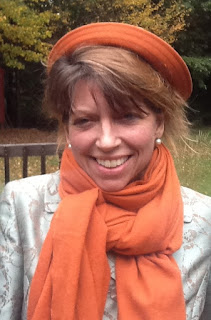 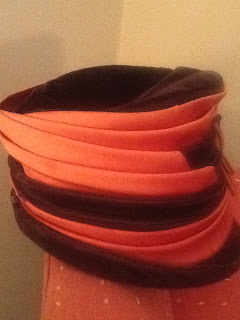 The most extravagant statement of this small cache, is a bold, unlabeled reprisal of the masculine top hat, here it is softened. Constructed of black velvet, with thick, layered tangerine silk ribbons forming the design, the hat guides the eye upward. As may be see in the 1940s image from the Metropolitan Museum (top), Dudley mastered the challenge of presenting a hat which worked within a masculine archetype but with a feminine twist and appropriate scale. Although the hat pictured below may not be a Robert Dudley confection, it is certainly a hat which would be worn by one with confidence and a bit of panache, and immediately signaled a high-end, trend setting designer.

The New York-based Dudley designed for Merrimac in the 1940s and 1950s. With several seminal hats in the collection of the Metropolitan Museum and archives, including sketches, at the Fashion Institute of Technology, he was and is, an intriguing figure.


According to his New York Times obituary:

Dudley studied at the Eastman School of Music and had come to New York City intent on a career in the theater. He decided instead on a career in millinery after he used an old felt hat to create a new one for a friend. His large clientele included many theater and society figures and he designed hats for several films, including "Rebecca."During the 1940's and 1950's he operated the Chez Robert salon at Saks Fifth Avenue and his own shop, Robert Dudley Originals, on the East Side of Manhattan. Mr. Dudley then became an interior designer and was active in the field until his death.

He died in Manhattan on September 24th, 1992 at age 87. His obituary was published nearly two decades ago on November 4th.

Posted by SilkDamask at 2:10 PM