Architecture of the Piscataqua 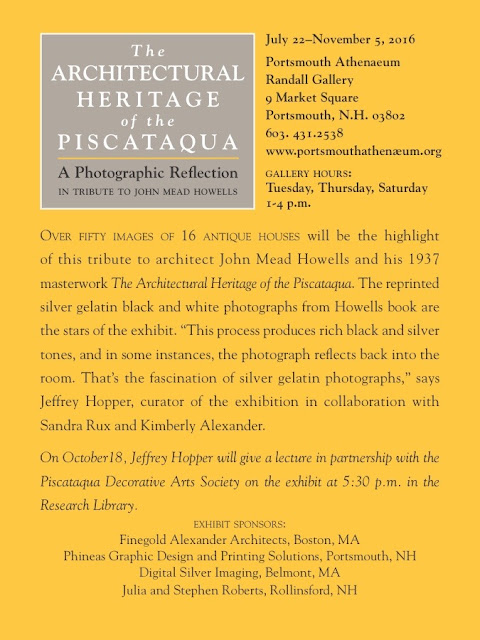 This summer (2016), at the Portsmouth Athenaeum, I am curating an exhibit on John Mead Howells' book Architecture of the Piscataqua.  The Howells family has been instrumental in the historic preservation movement of the region and it seems fitting as the city of Portsmouth, NH approaches its 400th anniversary to reflect on the book that figured so prominently in this historical stewardship of the city and region.

The Architectural Heritage of the Piscataqua,
A Photographic Reflection
in Tribute to John Mead Howells 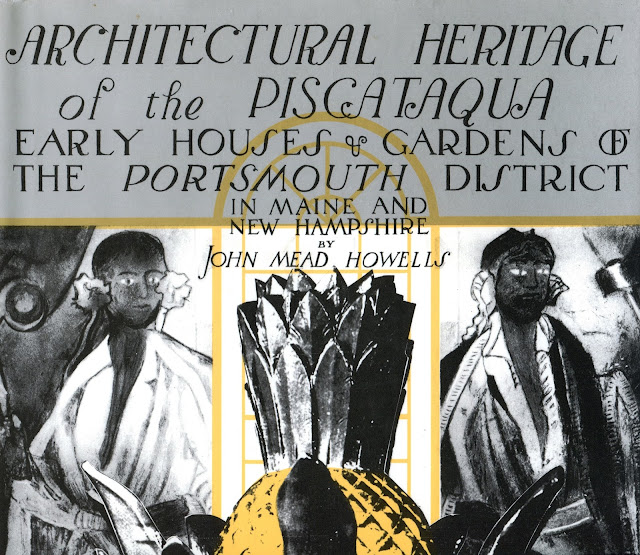 It has been nearly eighty years since the publication of The Architectural Heritage of the Piscataqua by the architect John Mead Howells. This summer’s exhibition is a photographic reflection of the book and the houses that inspired Howells to record them for posterity. The twentieth century proved tumultuous for the buildings and residents of Portsmouth. The 1920s saw the sale of historic interiors and the resulting destruction of their edifices. The Depression of the 1930s slowed this trend and allowed Howells to photograph buildings viewed as architecturally important to his audience. Urban renewal emerged from the victories of World War II with mixed results for the built environment and residents of Portsmouth when neighborhoods were destroyed or moved in an effort to “improve’ the living arrangements and structures of the city. On the brink of these changes, the images in The Architectural Heritage of the Piscataqua offer a nostalgic hold on the imagination, but perhaps more importantly they provide a visual clue to the historical architectural importance of Portsmouth to the nation. William Laurence Bottomley in his introduction to the book regarded Charleston, Annapolis and Portsmouth as a trinity of eighteenth-century towns, “with much of their early work complete and extant,” but of these, he wrote, Portsmouth “was the most complete.” In 1937 this book brought that vision to the rest of the country. The exhibit will be open from the later part of July to Mid-November. 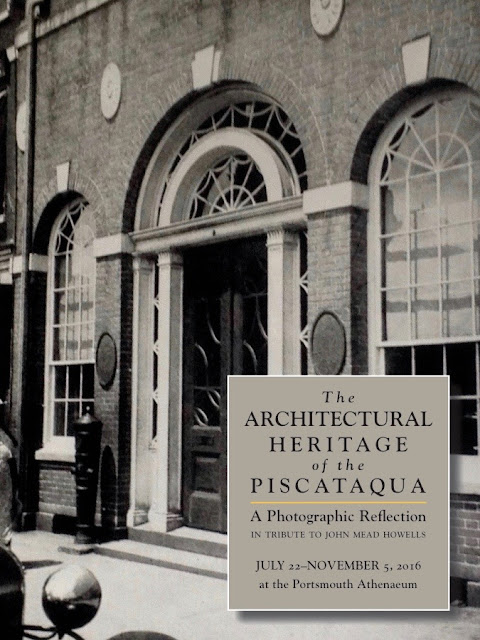 This post was updated on August 2, 2016 with new images and an updated exhibit title—exhibits are all works in progress until they are completed.