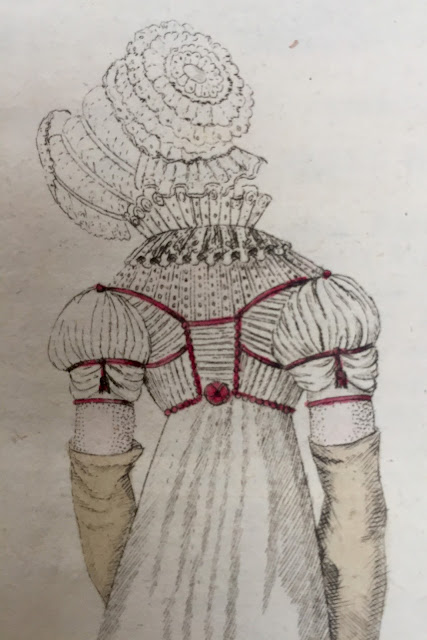 I recently came across several pages from Italian magazine entitled the Corriere delle dame. Established in1804, the weekly magazine was published out of Milan. The founder and editor was Carolina Arienti Lattanzi, and included articles on literature, theatre and fashion throughout Europe, particularly France, Italy, and less frequently, England. What caught my eye was the charming fashion plate from 1812 illustrating the French Empire style – ‘Moda di Franci’. [1] 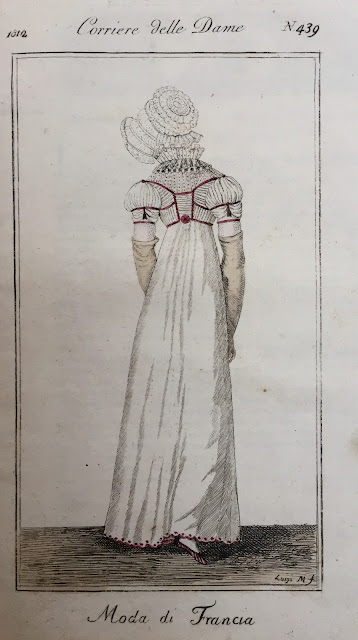 Note the simplicity of the white dress, with extensive self-fabric detail in the form of pleating and various gathers at the bodice back, which is trimmed in red. Note the just above the elbow off white gloves. A frilly lace bonnet, standing lace collar, small red dots along the hem, and red and white stripped slippers complete the look. 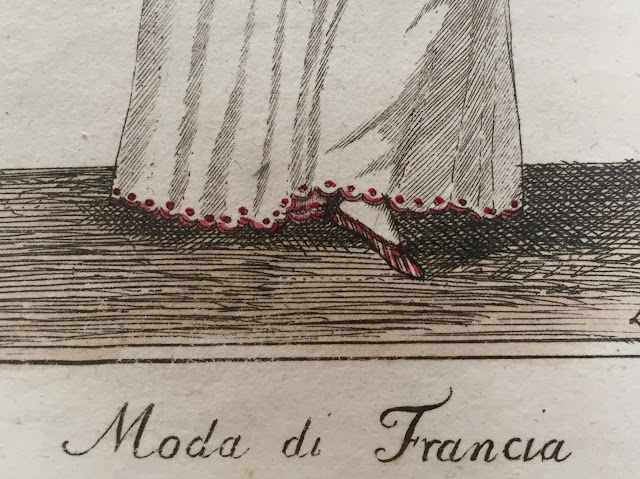 The year before this ensemble was published, readership was 700; by 1875, it had ceased publication. Historians have noted that this pioneering publication played a role in increased female voice and emancipation for elite Italian women in the 19th century.[2] 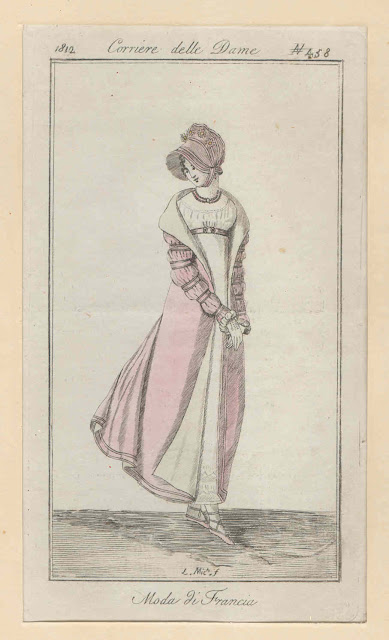 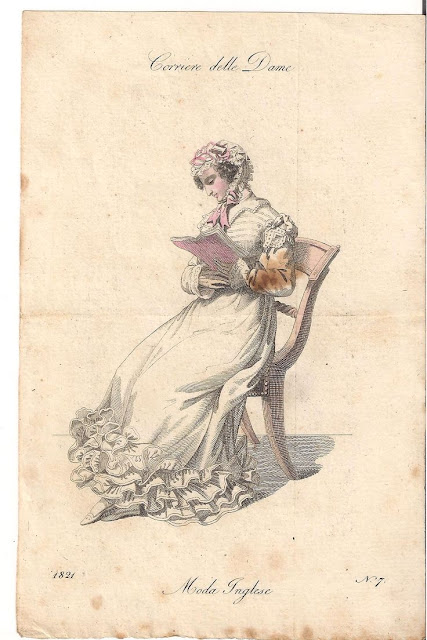 Posted by SilkDamask at 9:19 AM