Two Victorian garments recently caught my attention – both are of a pale, icy blue silk, trimmed with soft white feathers, perfect for winter entertainments and galas attended by the late 19th century elite. 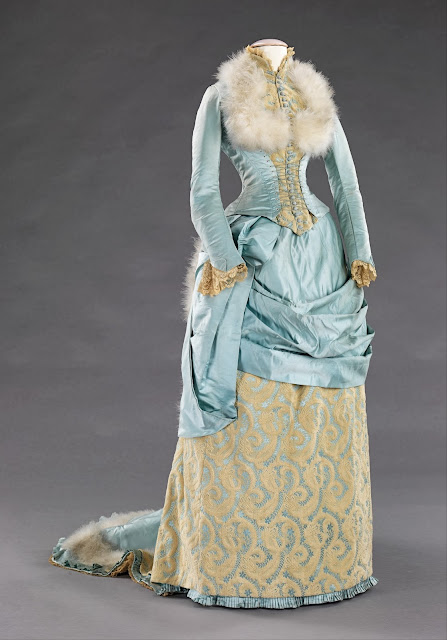 This fluffy, feminine evening gown of icy sky blue & gold silk, trimmed with feathers (perhaps eider?) is labeled "R.H. White & Co." one of Boston's premier shopping destinations well into the 20th century. This well-designed head-turner was created during the 1880s. The feminine evening gown features a light palette, popularized after the 1876 Centennial Exposition in Philadelphia as "Colonial." Further, note the treatment of the gown construction, with a nod to the "petticoat." The designer was looking back to the garments of the previous century for inspiration. Perfect for evening Victorian soirees, can’t you just imagine its wearer making an entrance, all eyes turned upon her? 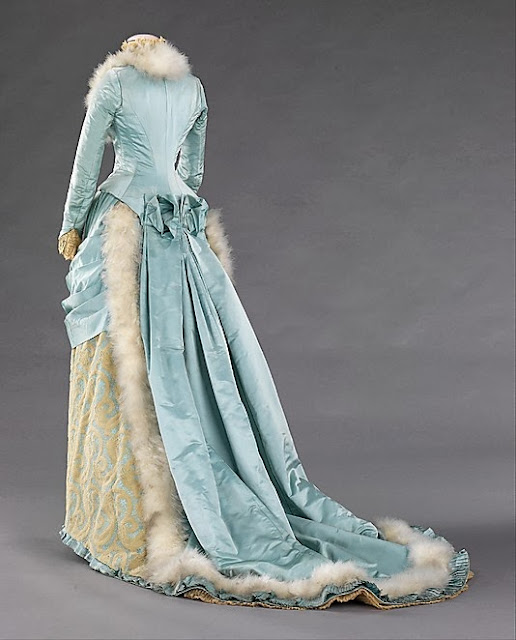 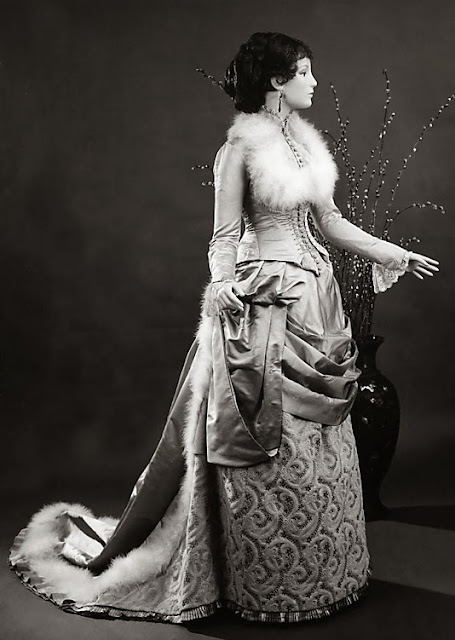 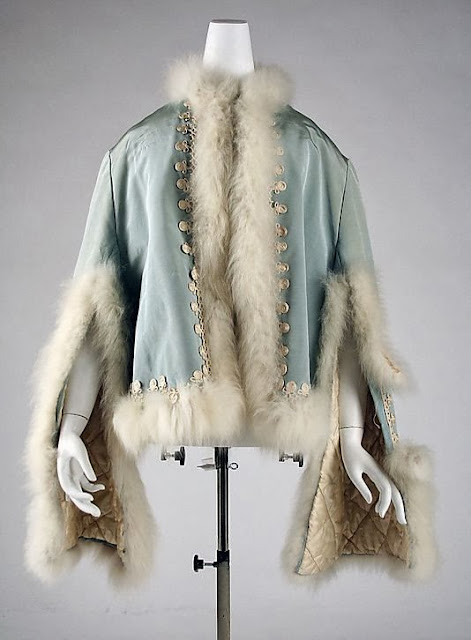 Looking for another little statement to adorn your holiday attire? How about an frosty blue silk dolman? Intriguing and attractive garment from a skilled, but anonymous Victorian designer. Look at that sleeve! Ornamented with extensive metallic silk trim (with a militaristic bent) and soft feathers which together create a sort of ying/yang effect. Note the substantial quilting which would have afforded some warmth. This is an American piece c. 1871. 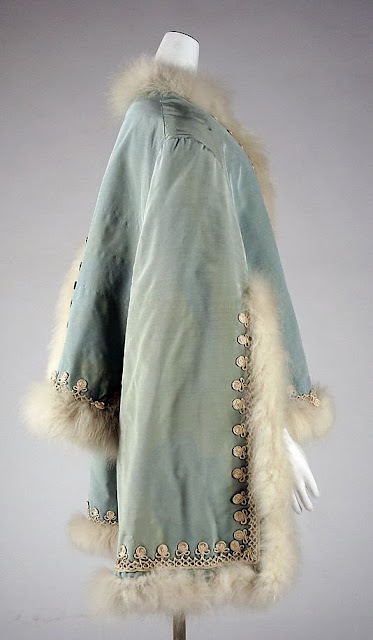 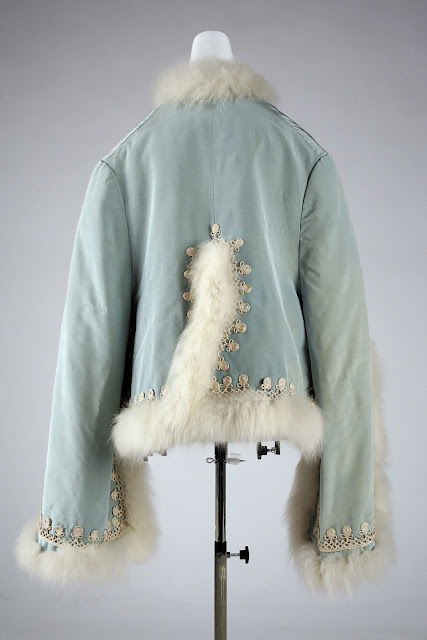 What accessories would you select? A feather muff or fan?

Posted by SilkDamask at 7:07 AM