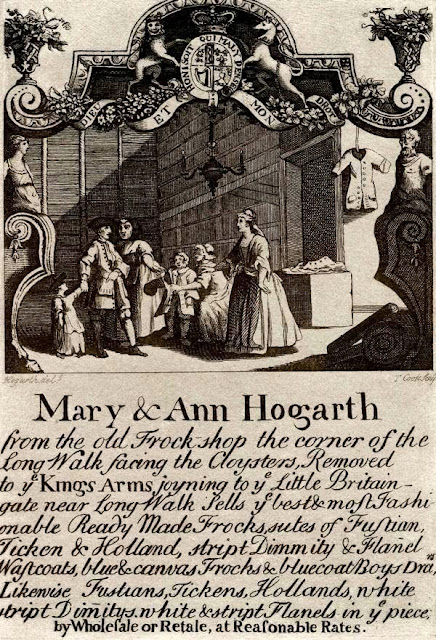 
Hogarth, best known for his satirical engravings and "Modern Moral" subjects, engaged in multiple aspects of his trade in his early years, including learning to chase salvers and tankards.  Even in his 1730 trade card for his sisters, you sense he is somewhat bemused by the subject he portrays. A youth and his family are gathered round and appear to be engaged in a bit of drama, with arms gesturing. The gentleman is wearing a long coat with turned back cuffs and the indication of fancy stitching at button holes and pockets. The sisters sold "ready made frocks…stript Dimity & Flanel Waistcoats." A coat hangs in the background and what appear to be vest pieces or patterns are on the table to the right. You can just make out Hogarth's name in the lower left, as well as that of his frequent collaborator, engraver Thomas Cook.  A number of excellent London trade cards are published online at www.spitalfieldslife.com. 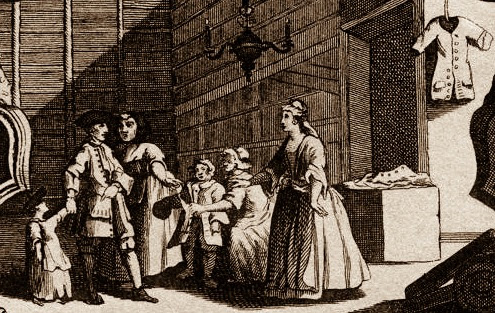 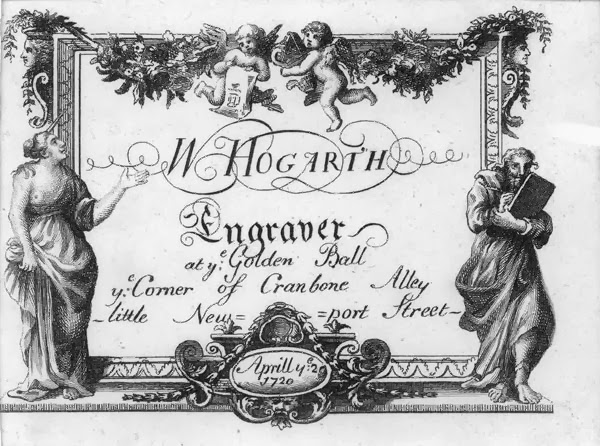 What may be an example of Hogarth's earliest work is his own trade card from 1720, in the collection of the Bodleian Library (bodleian.ox.ac.uk). While the iconography  may appear somewhat pedestrian, he had just started his career and needed to demonstrate his abilities for a wide range of potential clients. Hogarth, like many other engravers who went on to success, were "jobbers" to the trade for bread and butter money.
Posted by SilkDamask at 5:50 AM