One Two buckle my shoe, To this day some of us do.

Outside of the long eighteenth-century, what man buckles his shoes?  Those paste and steel buckles so evocative of the Age of Reason, yet so antithetical to its tenets--a lace or piece of string is after all much easier to find and use than a buckle and so much more scientifically rational in its simplicity.

Buckle shoe, mens, leather / silver braid, with detachable buckle, copper / steel, maker unknown, England, [1761] / c. 1780 (Powerhouse Museum Collection)
“This buckle shoe was probably made in 1761 for the coronation of George III, in the style imitating the previous coronation of 1728.”
http://www.powerhousemuseum.com/collection/database/?irn=239341&img=195786


Yet for all the simplicity, stylistically, the laced shoe leaves something to be desired.  For the modern male foot the buckled loafer might be considered the equivalent of the eighteenth-century shoe, but the loafer buckle is decorative, not functional.  The shoe that still uses a functional buckle without appearing strictly nursery bound is the monkstrap--a side buckle shoe with a name that predates the Age of Reason.  The conservative nature of men’s clothing over the last three centuries may be the only reason it still exists, in not one, but two forms the single and double strap with buckle.

The utilitarian buckle allows the strap to be tightened in the summer with lighter socks and loosened in the winter with heavier socks, much as I suppose must have happened in the eighteenth-century with woolen or silk hose. I wonder if Addison or Steele ever wore shoes that required two buckles?    Hmmm……

I lost my sword in the 18th century, but still had time for tea...

Details define the man; a signet ring, an earring, a pocketknife, or a sword each speaks to a different audience and at once can give clues to membership with a particular social group. Prior to the nineteenth century, a sword worn at the side was the mark of a gentleman, much like a blazer or jacket is today.  Even if a jacket is not normal wear for the individual, donning it creates instant acceptance in certain social gatherings.  Just as with a jacket today, at the court of Versailles, any man dressed cleanly and with the requisite sheathed sword worn at the side, whether owned, borrowed, or rented could enter the chateau.
http://digitalgallery.nypl.org/nypldigital/dgkeysearchdetail.cfm?trg=1&strucID=718168&imageID=812054&total=25&num=0&word=1729&s=1&notword=&d=&c=&f=&k=0&lWord=&lField=&sScope=&sLevel=&sLabel=&imgs=20&pos=12&e=w#_seemore

Not to worrry, swords could be rented at the chateau, which of course is how it should be done if it is required.  As a student, and before it returned to fashion, I remember meeting friends at the London Ritz for tea in the Palm Court.  A friend and I arrived without jackets and were informed we could not enter, however we were referred to the coat check desk.  We went and the attendant lent us the requisite jackets. (If an establishment requires specific garments, it is incumbent upon them to provide something, since the object of the requirement is to make everyone feel at ease by appearing to look the same, not to insinuate that they are not.)

Which leads to the point of this blog…Beau Nash, the master of ceremonies at Bath in the beginning of the eighteenth-century forbade the wearing of a sword for men at social gatherings at the spa.  The point of social gatherings was social exchange and while any man could rent or own a sword, he felt only the nobility and gentry knew how to move in a room with one. The new-comer, unused to the movement of the side sword was instantly recognized as an interloper, not as a member.  There are of course a thousand ways that members of a group spot an interloper, but by forbidding the sword Nash in effect established that an invitation was the criterion, not the accoutrement. By leveling the field a bit civility stood a better chance of developing.

In time, particularly in civilian life, the sword would be required only at court functions, where it remained as a mark of chivalry.  However, at the beginning of the eighteenth-century the requirements of etiquette were in flux, but not the idea of civility.  Conceivably, the rented sword at Versailles allowed any man, by blending into the crowd of hundreds or even thousands of similarly dressed men, to visit and see the court with some degree of comfort. Conversely by banishing the sword Nash provided a degree of comfort in smaller quarters and instigated a trend that would in time become the established form of social dress.  Although differing in approach, both options provided greater attendance, which is the object of most public gatherings.

Now where did I leave that mug of tea...?

Posted by SilkDamask at 6:10 AM No comments: 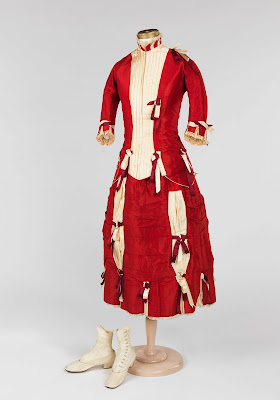 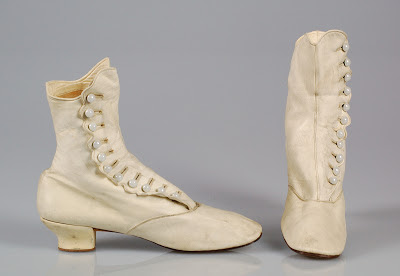 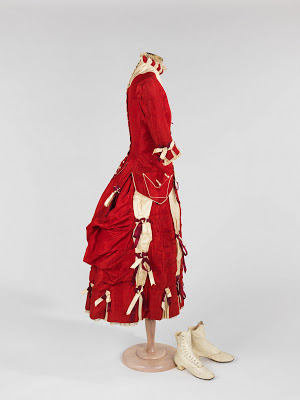 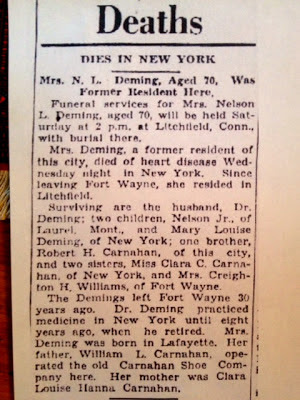 Posted by SilkDamask at 7:26 AM No comments: