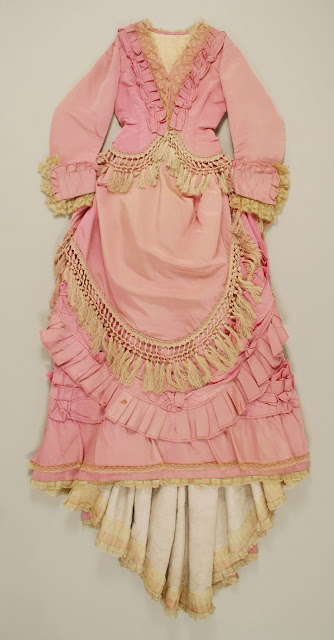 A lovely way to study design - both dresses are made of silk, with varying use of fringe (passementerie), self-fabric trim and lace -- with very different results. 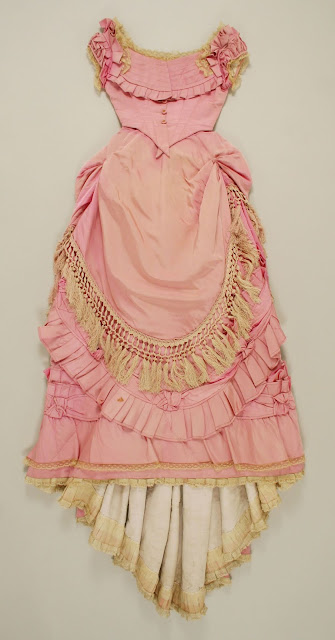 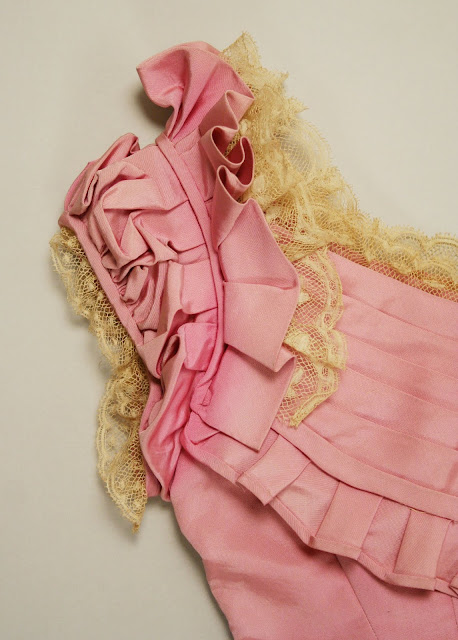 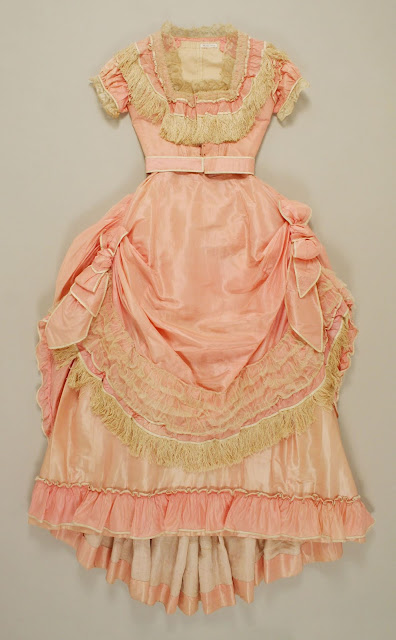 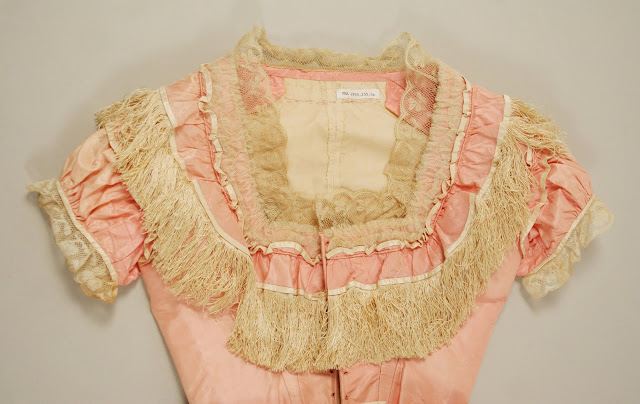 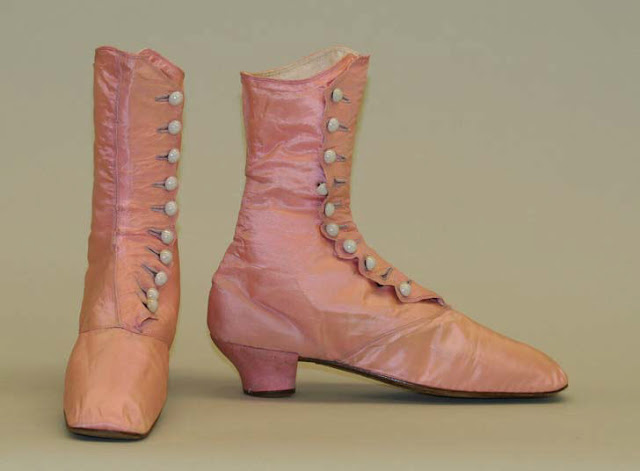 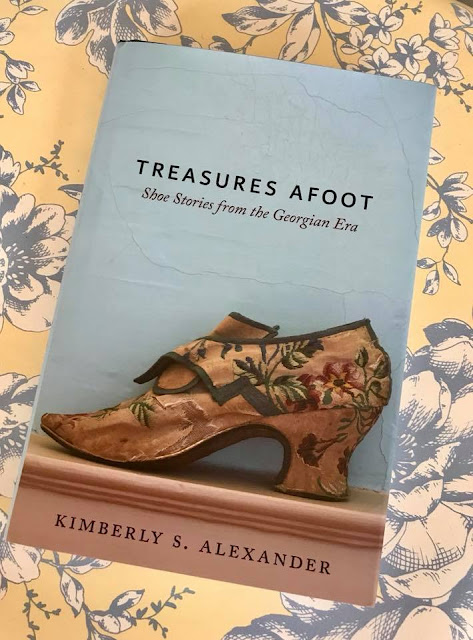 Have you seen the editorial reviews for Treasures Afoot?


"In this lavishly illustrated, meticulously researched book, Kimberly Alexander tells the fascinating, hitherto untold story of the shoe in early America—of the cordwainers who made them, the factors who advertised and sold them, the men and women who bought them, and, eventually, the museums that catalogued and displayed them. Treasures Afoot is a must-read for anyone interested in the material culture of the founding era."
— Eliga H. Gould, University of New Hampshire, author of Among the Powers of the Earth: The American Revolution and the Making of a New World Empire

"Treasures Afoot is a much-needed work on Georgian shoes, blending historic research and biography with material objects, elevating the importance of footwear from a dress accessory to a central element of an entire wardrobe. Alexander's book is a must-read for costume and shoe historians and sets a precedent for future scholars."
— Neal T. Hurst, associate curator of costume and textiles, Colonial Williamsburg Foundation

For more: https://pwb02mw.press.jhu.edu/title/treasures-afoot/reviews
Posted by SilkDamask at 7:54 AM No comments: