It was just one of those perfect early summer days in June --a cheerful, convivial atmosphere, great friends old and new, a lush garden, with flowers in bloom and splendid costumes-- all set against a backdrop of a very special and significant historic house. The 1716 brick MacPhaedris-Warner House, a merchant's home, in Portsmouth, New Hampshire, could just as easily be found in or around London. And yet, here the house stands, near the Piscataqua River.

The third annual “Cake & Croquet: An 18th Century Afternoon” is a perfect accent to the theatricality of this Baroque survival. From croquet and Scottish country dancing on the lawn, to quiet conversations over tea and cake, the images below capture the day. Perhaps you will join us next year…. 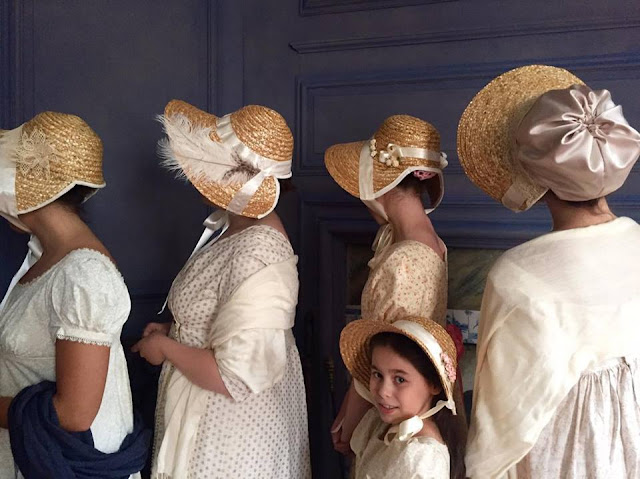 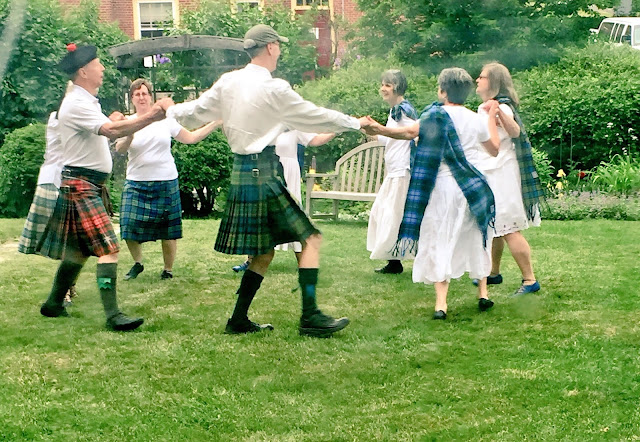 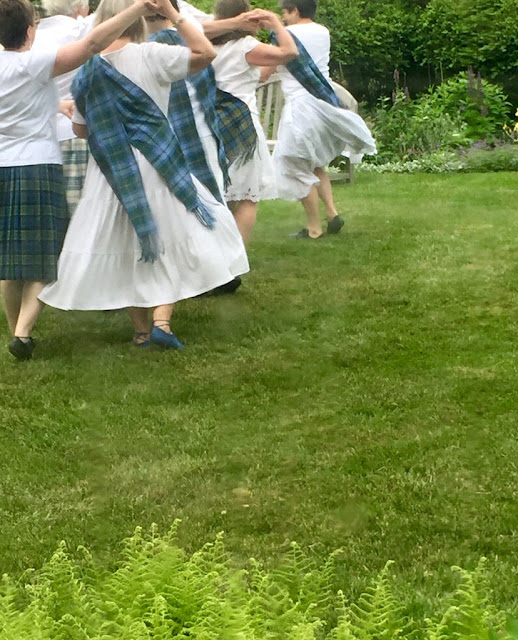 All photos by the author
For additional information about the Warner House, www.warnerhouse.org

Posted by SilkDamask at 5:34 PM No comments:

Archibald MacPheadris and His Room: A Baroque Merchant's House, 1716

Archibald Macpheadris built his house on the shores of the Piscataqua River in 1716. The house is a fine example of a London style late baroque merchant’s house—rare enough in England, but exceptional in the United States.  Over time, the processional essence of that world has been lost, but in anticipation of the 300th anniversary of the building of the house an attempt has been made to remember and display how that theatrical world influenced, but did not wholly shape the present. A mode of life that was taken for granted disappeared in a historic instant—leaving only the rooms that accommodated the private/public stage of the everyday.


Over the centuries this small chamber has been used as a bedroom, closet and in this example, its earliest use, as a study, or private chamber. In 1718 this room was at the heart of the public area of the house. Guests were entertained on the second floor in both the “smalt” room with its sprung floor for music and dancing and in the southwest bedchamber, where the most important guests were received. Due to its location and size, this room provided Macpheadris with a private study near his family, a place to instruct and engage his business staff, to display special wares and exotic items from his travels for his clients, and a separate area for his role as a member of the King’s council for New Hampshire.

This small room was a microcosm and center of Macpheadris’s mercantile world—poised between the early period of colonization and the growing prosperity of the eighteenth century. It was a world comprised of English wool, glass, furniture, engravings and pewter, Asian ceramics, a chest of drawers from nearby Saco, Maine, Virginian tobacco, Irish cheese, Spitalfields’ silk from London, woven mats, from the Mediterranean, and Port and Madeira from the Iberian Peninsula.  This was the British Atlantic world of the early eighteenth century and Macpheadris and other Portsmouth merchants were active participants in it.


The room was pivotally located so that with the door open it overlooked the social center of the house. With its turned balcony, walls decorated with murals, and a large weight-balanced glazed window it was a space of determined urban sophistication. To complete the impression, in 1718 the view looking across the street through the room’s front window would have included the gardens and large wooden shop, warehouse and guest quarters that sat next to it. Anyone entertained in this room would have understood Macpheadris’s social standing and aspirations. However, styles changed. When his daughter, Mary, and new husband, Jonathan Warner, took possession of the house in 1760, this room and all the others on the second floor retreated forever into the private household.

Jeff Hopper manages historic properties and writes about history, architecture and clothing, among other things.
Posted by Unknown at 10:13 AM No comments: