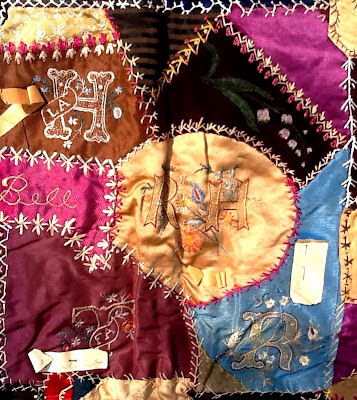 n.
1. A patchwork quilt of pieces of cloth of various shapes, colors, and sizes, sewn together in an irregular pattern.
2. A disorderly mixture; a hodgepodge


I must confess that I am not generally a fan of the "crazy quilt" but this particular one captured my eye and my imagination. There is a lush, almost regal quality to the fabrics and the various monograms of the women who created the quilt. In fact, the letters are reminiscent of the "floriated" letters of Medieval illuminated manuscripts - richly and abundantly embellished, starting off the page or the story. 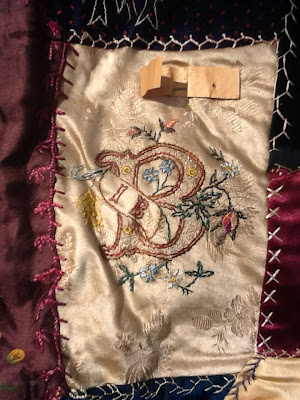 Indeed, more than a number of other quilts viewed over many years, it is the combination of the monograms with the survival of dozens of handwritten labels, pinned onto the patchwork, which seem to suggest a storied pattern from the past. 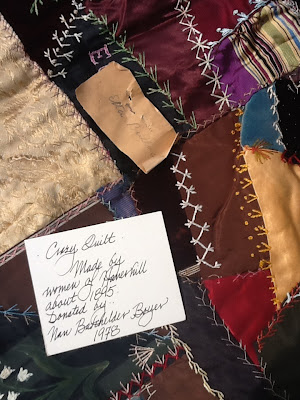 Haverhill is a small town in northern New Hampshire, parts of the landscape roll down into fields and farm lands to the Connecticut River and one can view Vermont from several vistas.  Next year, 2013 will be one of celebration as the town commemorates its 250th anniversary, along with its twin, across the river, Newbury, VT.  By the time the women of Haverhill crafted this vibrant piece around 1895, the hamlet had passed its glory days - the days of extensive hustle and bustle of factories -- wood and grist mills, distillery, tannery and carriage manufacture. The activity which surrounded the court sessions in the late 18th and early 19th centuries, turning every home lining the graceful double common into a hostelry sheltering visitors from around the region, passed by. It was the railway which made its stop in nearby Woodsville, excluding the Oliverian and Haverhill Corner, which dealt the most serious blow. But the families held on.


At the moment, the author has yet to uncover what event prompted the making of the quilt, but it was donated to the Haverhill Historical Society in 1978 by Nan Batchelder Boyer, and how appreciative one is of this gift. 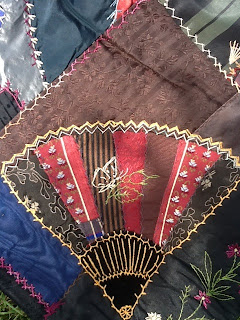 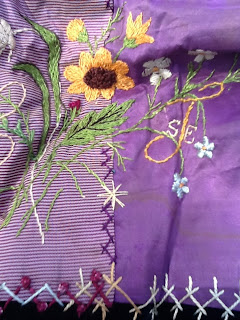 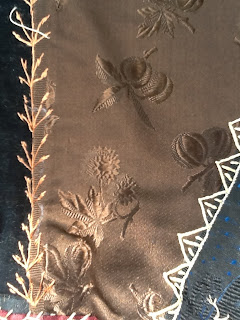 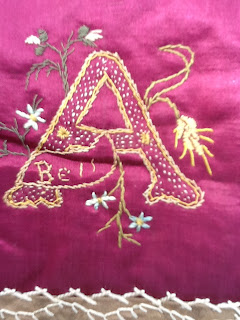