A Glimmer of Gold: A 19th Century Bonnet 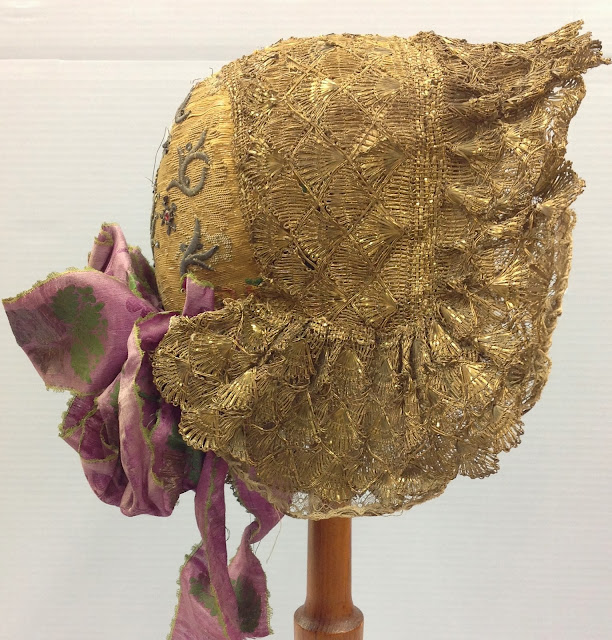 The costume collection at the University of New Hampshire includes lovely fashionable hats from the 19th and early 20th centuries, but among the silk and straw headwear is one unusual piece that stands out--a bonnet made of beaten gold. (photo 1) (photo 2) 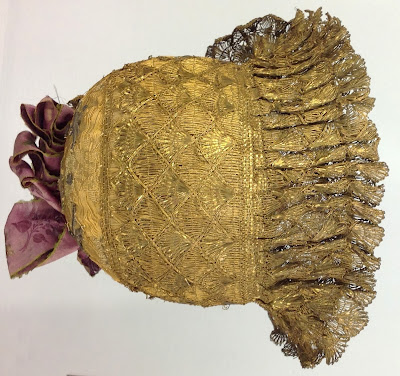 Bonnets like this were part of traditional folk wear in Germany and Austria in the 19th century though they likely developed from earlier 16th century gold-embroidered hair cauls. There were a number of regional shape variations and names, such as Goldhaube, Bodenhaube, and Riegehaube. Each bonnet would have taken about 200-300 hours to make, and would have been worth several monthly wages. This particular bonnet dates to the late 19th century and is constructed of lace woven from thin strips of gold, mounted on linen. (photo 3) 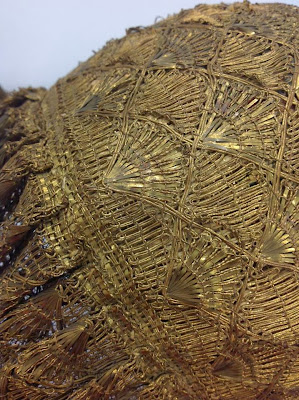 The brim flares gently outward with pleated fans of gold lace, with linen lace finishing the inside, both supported by internal wires. (photo 4) The back is embellished with padded embroidery, sequins, and either garnets or glass. (photo 5) Broad purple and green silk brocade ribbons form many-lobed bows at nape with long streamers. (photo 6) 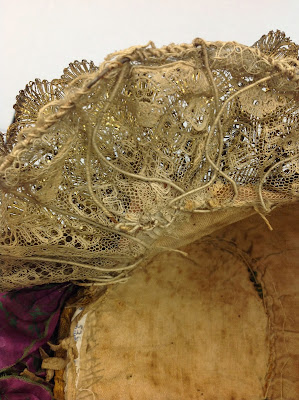 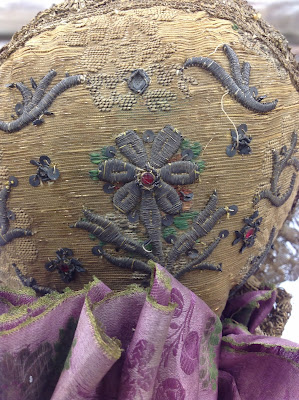 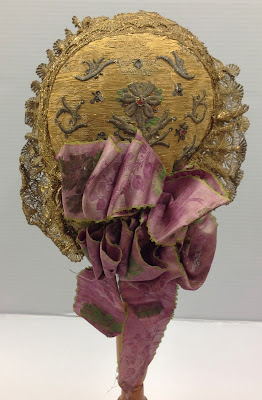 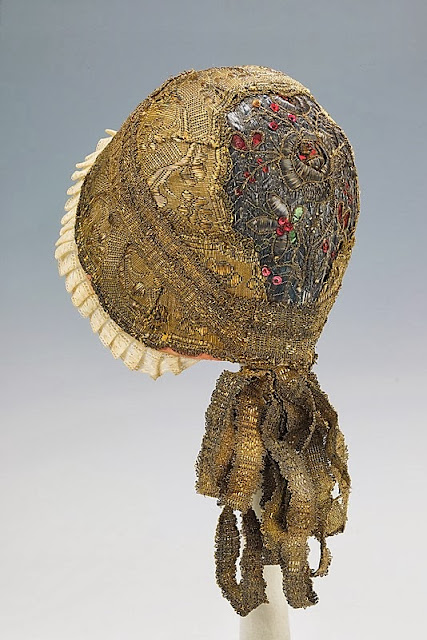 Interestingly, these caps are still being made and worn today by members of charitable folk culture groups in Germany and Austria. The skills are still being taught, keeping this beautiful art alive. (photo 8, 9, 10) 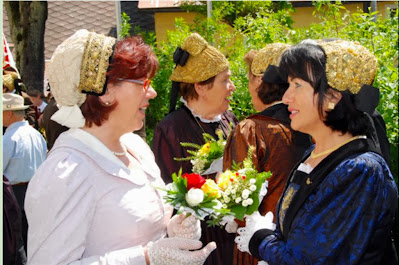 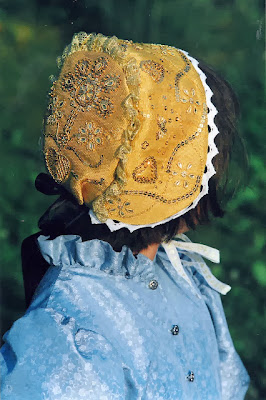 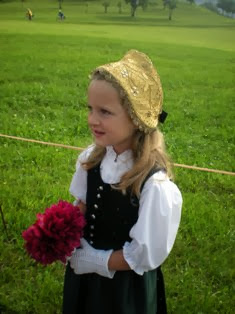